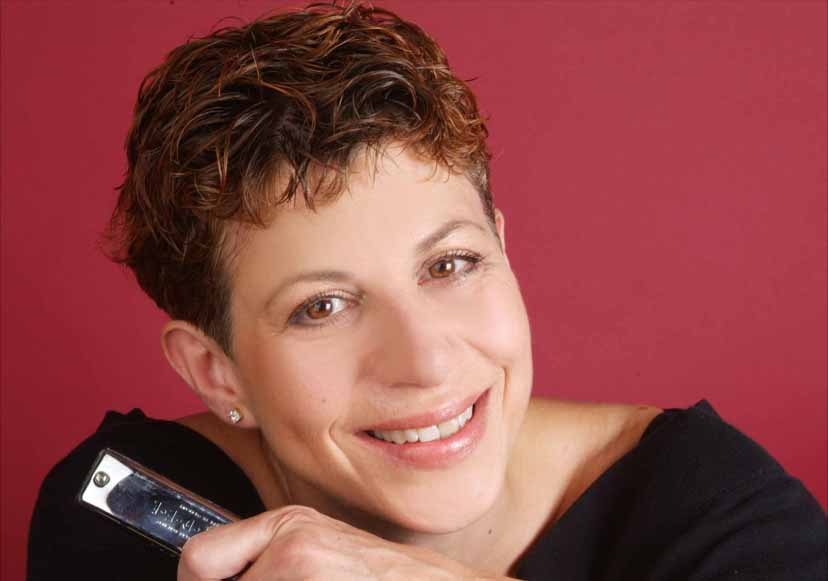 Born Katherine Elise Baloun, July 27, 1956 in El Paso, Texas, I grew up in Cincinnati, Ohio. My mother, Mary Lou was a classical pianist & organist, and she directed the church choir in which my father and I sang. My mother got me started on the piano with 5 and at 7 I learned the violin and then at 13, I picked up the harmonica.

At this time there was a new genre of blues music coming out, along with the old, that had influenced me.  During my teens and twenties I played only occasionally. 22 years later (1991) I met several musicians as I  was living in San Francisco. They encouraged me to start playing the harmonica again. Shortly thereafter (1992), I joined the Elmer Lee Thomas Delta Acoustic Band as harp player and then was later encouraged to sing.

In 1994 I moved to Berlin and put my own band together. Through the years I’d met several accomplished musicians in Berlin and the surrounding areas. In 2002 I formed a band with Nina T.Davis. Together, we assembled The Alleycats and have two CD’s.

In 1998 I met Hattie St. John, who had recently moved to Berlin from New Zealand. Together we have a  Duo, called Ladies First. We have recorded two CD’s together. Our program consists of an acoustic-folk-blues-jazz formulation.

Over the years I would meet many more musicians in Berlin,  throughout Germany and Europe. In 2010 I was introduced to the Tomi Leino Trio in Finland and have become a regular in the Finnish Blues Scene. In 2012 we recorder our first CD, She’s Got it.

In 2014 I was invited to be endorsed by Hohner Harmonica, which I gratefully accepted and am proud to be  a part of a successful line of harmonica’s.

I would like to give thanks to my higher power and a big thank you to the help of family, friends and fans. Without them I would not have survived the lean years. Not only do I work with German and European musicians, but I am always encouraging my friends from the USA to come over and play.